The knife-edge of normal: ordinary life in a climate emergency 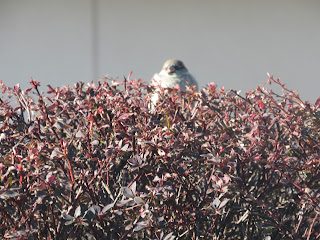 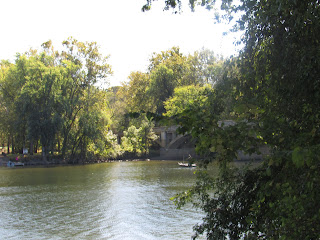 On my way back from the hair salon, I stopped off to see the foxes in the enclosure.  One looks like a white-muzzled senior, the other slightly younger, stands near the front of the cage. Here, the animals live behind barricades, on display for curious toddlers or parents who want to show their kids a goat or a chicken.

Are we living the end of the world as we know it? I blurted out to a friend last week. No, I'm not talking about Jesus returning, though it would be nice to speculate.

I can't even remember what I learned about the more esoteric aspects of millennial theology. Whatever it was, it probably wouldn't be reassuring right now (I do remember Christians can't agree on how it all will end).

I wonder, instead, how long we can maintain any semblance of normalcy in a world where so many are beginning to experience something else entirely.

Am I an alarmist? I would love to be wrong.

The fox looks back at me with an inscrutable gaze. Then they turn away, ambling towards one of the black plastic tubes place in their cage.  To protect them from the heat? For a change from the monotony of being cooped up behind metal barriers for the rest of their days?

How have we come to live in a world where many animals need to live in zoos or sanctuaries because there are so few of their kind left?

I am haunted by the words of Carol Devine, an activist pastor I interviewed.  She told me that we're currently feeling the effects of our behavior from 50 years ago. She lives with that grief every day.

Take that in for a minute.

We know that the melting of the ironically named "permafrost" is releasing more and more carbon into our atmosphere.   I heard a member of an indigenous community living in the Arctic Circle say that he would try to explain to his eighteen month old daughter when his family and neighbors had to start to live differently because of the warming conditions. Pushing caribou to migrate elsewhere. Bringing hungry wolves closer to town.  In Alaska sea ice is melting, as this story notes, at a rate 2-3 times faster than it is elsewhere in the world.

Immigrants are leaving Central America in part because they can no longer earn a living as farmers.  Hurricanes devastate Puerto Rico, the Bahamas, and our own Southeast coast on the regular. 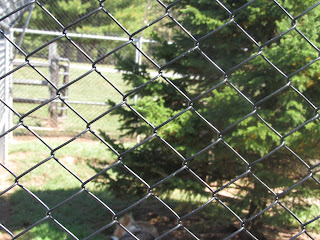 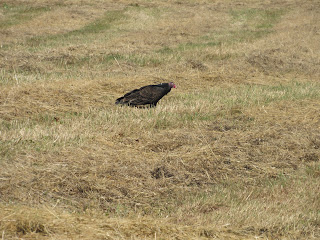 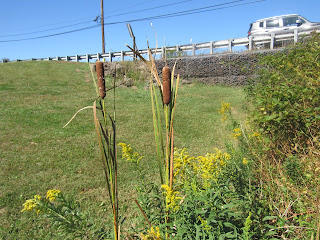 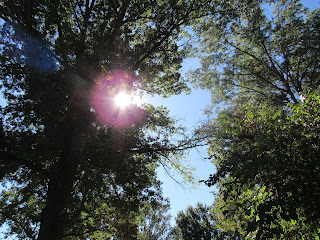 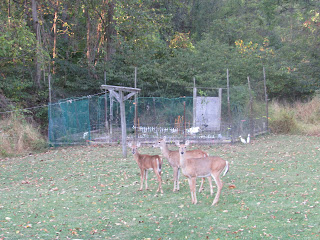 In  Brazil, 500 million bees have seemingly died in the past three months.

We commend heroines like Katherine Hayhoe, a scientist married to an evangelical pastor, in part because she is so very rare among conservative Christians. Sadly, many seem to be climate change deniers. Sure, they are entitled to their own opinion - but their recalcitrance is directly affecting our well-being.

How can people of  faith have a positive impact?  Aim for carbon neutrality in your churches. Become less dependent on disposables at home.  Hound your members of Congress. Vote. Encourage your clergy to create programs that may change minds. And perhaps, perhaps, join the civil disobedience movement that is beginning to find its voice here and in Europe.  We need to find ways to speak for those people who have no financial or political clout right now, from indigenous tribes to poor farmers.

Keep hope alive - even when you don't feel hopeful. Jesus came to a people ground under the heel of an authoritarian empire and illuminated the darkness of violence and humiliation with the light of nonviolent resistance and prophetic integrity. He asks the same of us.

I watch the fox until they settle down under the tree inside the bars. Then I walk down to the Schuylkill to catch the glimmer of light on the water, the rowers, and the leaves floating on the current, as they have done before humans touched this landscape. For today, it is enough.
Posted by Wallacewriter at 10/14/2019 08:36:00 AM Aucun commentaire:

In the world of American Catholic sisters, there are challenges aplenty, including coping with diminishing numbers, disposing of homes that are now way too big for them, and in some cases, finding others to carry on their mission(s).

But when it comes to creative solutions, the nuns, as they have for centuries, are bringing it.

The American way of gun violence

Yes, I thought grimly as I drove home.

If I/we could, let's be honest, we could come for your guns.

I'd like to regulate the sale and possession of handguns, so that parents don't come home and find

their child bleeding from a head wound in their bedroom.

I'd like to regulate the sale of semi-automatic weapons, (or assault weapons) like the ones used in

New Zealand, which they banned within less than a week,  so that it's harder for a madman to go into

a school and kill six-year-olds.

When I read about the second allegedly gun-related suicide of a Parkland student this week, I was

standing outside the doors of our church after a pleasant lunch with parishioners.

Seeing the notification, an involuntary "oh my God" escaped my lips.  Quickly I walked away from

the lovely couple emerging from the church doors behind me.

Because I couldn't. I really couldn't.

Let's talk about suicide.  It's on the rise in America for a number of reasons.  A lot of them are drug-

But we know that tighter gun laws have a beneficial effect on suicide rates.  A Vox article

"Experts say suicide is largely preventable. Research has shown, for instance, that states with higher rates of gun ownership also have higher rates of suicide, suggesting that tighter gun laws could lower the rate of suicide. The CDC also suggested that an emphasis on housing and financial policies and “promoting social connectedness” could prevent suicide."

If one were a cynic, one might conclude, from the howls of rage that go up whenever new gun rules

are suggested,  that many Americans would rather own guns than protect children.

Their warped interpretation of the Second Amendment is more a fig-leaf than a reasonable choice.

When gun control is proposed,  answer on the pro-gun-rights side so often seems to be: well, THAT

wouldn't work (whatever that happens to be,whether it's gun safety measures or restrictions on who

can own an assault weapon).

suggests that they save lives.

Suicide is a messy business, to say the least. I know that from family experience - but I wasn't the one

who had take a trip out to California to identify my brother's body. I wasn't the one who had to

dispose of his things.  I wasn't the one to live with the memory of a beloved child, now gone forever.

But I can't imagine going through a massacre with my child and then losing them.

Three out of ten Americans own guns, according to the Pew Research Center. Right now,  they and

their supporters make choices for the rest of us.

How many more innocents will have to die before that changes?

Who cares about global faith stories? Uh, you should.

This morning I went to the church where I have worshipped and worked on and off for the past twenty plus years, and I was lost.

Not physically lost, of course. The contours of the sanctuary are so familiar I could probably give a tour to a stranger who wandered in.

Instead, unexpectedly, today I felt as if I was the stranger.  I didn't like the sensation at all.

It wasn't for lack of affection given or received. Part of what I love about this congregation is how motley it is, embracing an array of people with diverse beliefs on everything from liturgical practice to same-sex marriage. Attend the eleven o'clock in the original sanctuary and hear a traditional Episcopal Rite II service, complete with choir. Walk over to the newer church and experience a less formal service and a lot of folks praying with raised hands and lustily singing praise music

Normally I'm one of them.

But I was raised in a Jewish home.  My cousins on both sides of the family (some, anyway) are still observant.  And even if they aren't observant, they are still Jewish.  So even though I converted many decades ago, and "pass" as a devout Christian, my Jewish roots go deep.

The men and women murdered in Pittsburgh yesterday died simply because they were Jewish, worshipping on the Sabbath. The visceral grief and fear I felt today was probably shared by people all across America - but especially by those who have observed the spike in anti-semitism over the past two years with concern and now with horror.

Jesus was a Jew.  Christians don't engage that messy truth very often in church, but there is no indication that he renounced his ethnic identity or beliefs - he came to fulfill the law, Scripture tell us, not to abolish it.

I sat on the hard pews. I stood. I watched. I prayed. I wept.  I have rarely felt so isolated in the midst of a friendly crowd.

With increasing anxiety, I wondered - does anyone here really care that much? Or is it, for them, a passing tragedy, to be noted and then forgotten?

I don't have an answer. It's not fair to expect that non-Jews will experience the Pittsburgh synagogue slaughter the same way Jewish person might (and there is no one way or a right way). Perhaps I would have done better, today, to attend a vigil service with those gathered purposefully to mourn and celebrate the holy lives lost yesterday.

"Today we are all Jews," said Maura Healey at the Boston vigil to mourn the dead and support the living who need to find ways to go on.

I hope many of you will be Jews (or blacks, or high school students, or gay or immigrants) tomorrow, too.

Heaven knows, we need you.

Who is affected by the opioid crisis? The person in the pew next to you.

If your pastor isn't talking about the opioid addiction crisis - ask them why not.